on TradePub.com for readers like you. LEARN MORE
Information Technology > Software and Web Development > Web Design and Development 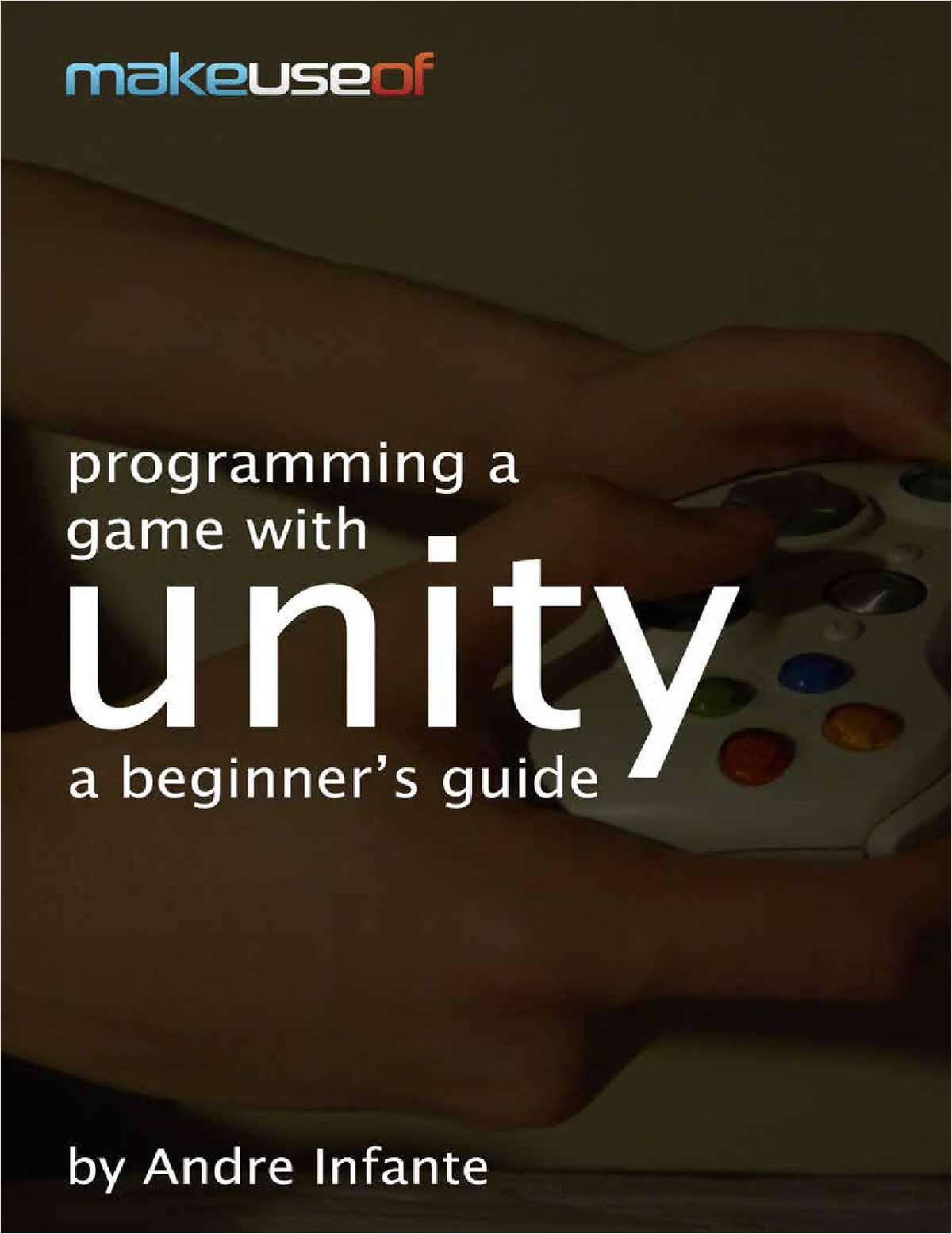 "Programming a Game with Unity: A Beginner's Guide"
DOWNLOAD NOW

By downloading this free guide, you agree to receive regular updates on the latest cool apps, product reviews, and giveaways from MakeUseOf.

Unity puts the basic elements of game creation into the hands of novice programmers in a fast, intuitive way.  A surprising feature of the Internet economy is the rise of indie videogames. Once the exclusive domain of thousand-man, multi-million dollar triple-A studios, a number of toolsets have been developed that bring modern game development resources into the hands of individuals or small, ad-hoc collections of programmers and designers. These indie game development teams have demonstrated an agility and risk-tolerance that, in many cases, allows them to push gameplay innovation faster than their big budget counterparts. A number of shockingly successful indie titles have premiered in recent years, including Minecraft, Limbo, and Super Meat Boy.

In the rapidly evolving landscape of indie game development, Unity has emerged as something of a de-facto standard: its low cost, ease of use, and broad feature set make it ideal for rapid game development. Even large studios such as CCP (Developers of Eve Online) use it for rapidly prototyping game concepts. Unity provides a “game engine in a box” - a physics and rendering engine with hooks for several scripting languages, adaptable to virtually any genre of videogame.


Offered Free by: MakeUseOf
See All Resources from: MakeUseOf

Open Now
How To Leverage Event Driven Architecture To Modernize...